A Brief History of Dental Implants 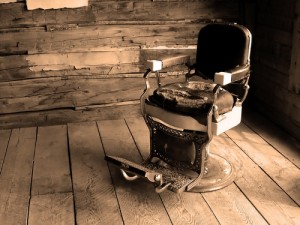 Modern dental implants went mainstream in 1969, ten years after Swedish researcher Per Branemark discovered that bone could fuse to titanium. However, the concept behind dental implants—the basic tooth/root substitute – has been around for a long time – a really long time. Implants can be traced back to around 600 AD with the Mayans, and archeologists have unearthed evidence of dental implants in early cultures across the globe.

The most notable implant-related discovery came in 1931 when archeologists working in Honduras found the mandible (lower jaw) of a Mayan woman. The mandible, which researchers consider to be that of a woman in her twenties, had three tooth-shaped seashells inserted into the sockets left by missing teeth. For many years, scientists believe that the shells were part of a burial ritual, but then in 1970, a dental academic, Amadeo Bobbio, found that bone had grown around two of the implants. This led him to the conclusion that the shells served as tooth replacements while the woman was still alive.

Other notable dental implant discoveries include thousand-year-old Egyptian mummies who were discovered with gold wires implanted into their jawbones. A pre-Columbian exhibit showcases skeletons with dental implants made from semi-precious stones. In the Middle East, skeletons were found with ivory implants, and most recently, scientists discovered an iron implant in the jawbone of a Roman soldier.

While ancient implants addressed the cosmetic issue of missing teeth, they probably didn’t function as well as today’s modern implants. Backed by decades of scientific research, modern implants are designed to fuse with the jawbone – a process known as osseointegration. When placed by a skilled implant dentist, modern dental implants give you the power to chew foods again, and they can potentially last for a lifetime.